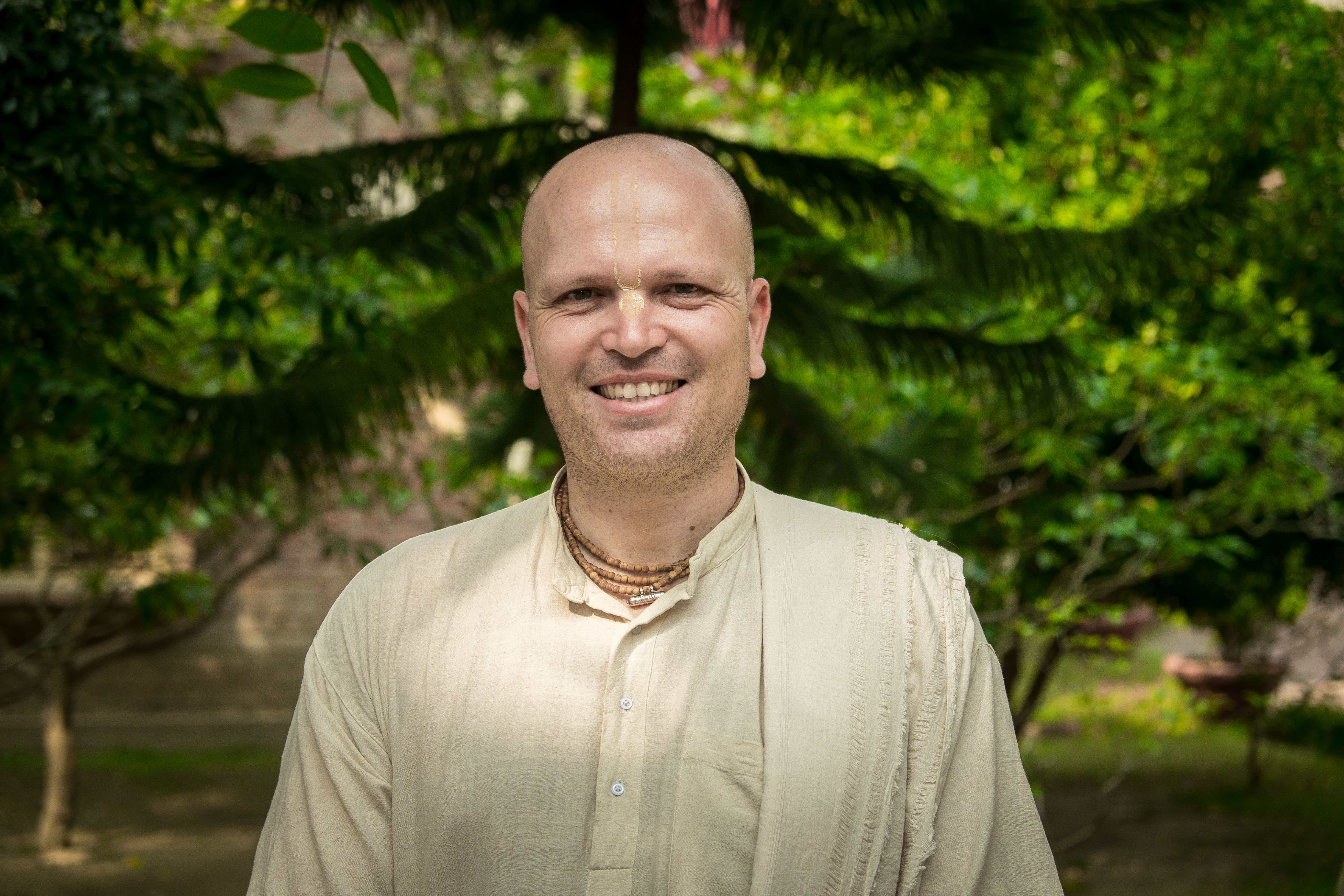 Radhika Nagara Das began practicing Krishna consciousness in 1995. From 1996 to 2008 he served full time with the Scottish Yatra. The Scottish Yatra was, by the mercy of Srila Prabhupada, one of the leading yatras in book distribution around the world. While serving with the Scottish Yatra, he was engaged in book distribution and became one of the managing directors and sankirtana leader in 2003, and continued serving in that capacity until 2008. He actively preached in universities and facilitated weekly Nama-hattas and festivals in the main cities of the North of England. These included regular Bhagavad-gita classes and discourses on the philosophy of Krishna consciounsess.

Since 2008, Radhika Nagara Das has been mostly residing in Sridham Mayapur studying Srila Prabhupada’s books. He coordinates and facilitates the Bhaktivaibhava course for the MI in Mayapur and the Middle East. He also spends some time in Europe where he continues preaching, distributing Srila Prabhupada’s books and also teaching sastric courses at Instituto de Estudios Bhaktivedanta in Spain.