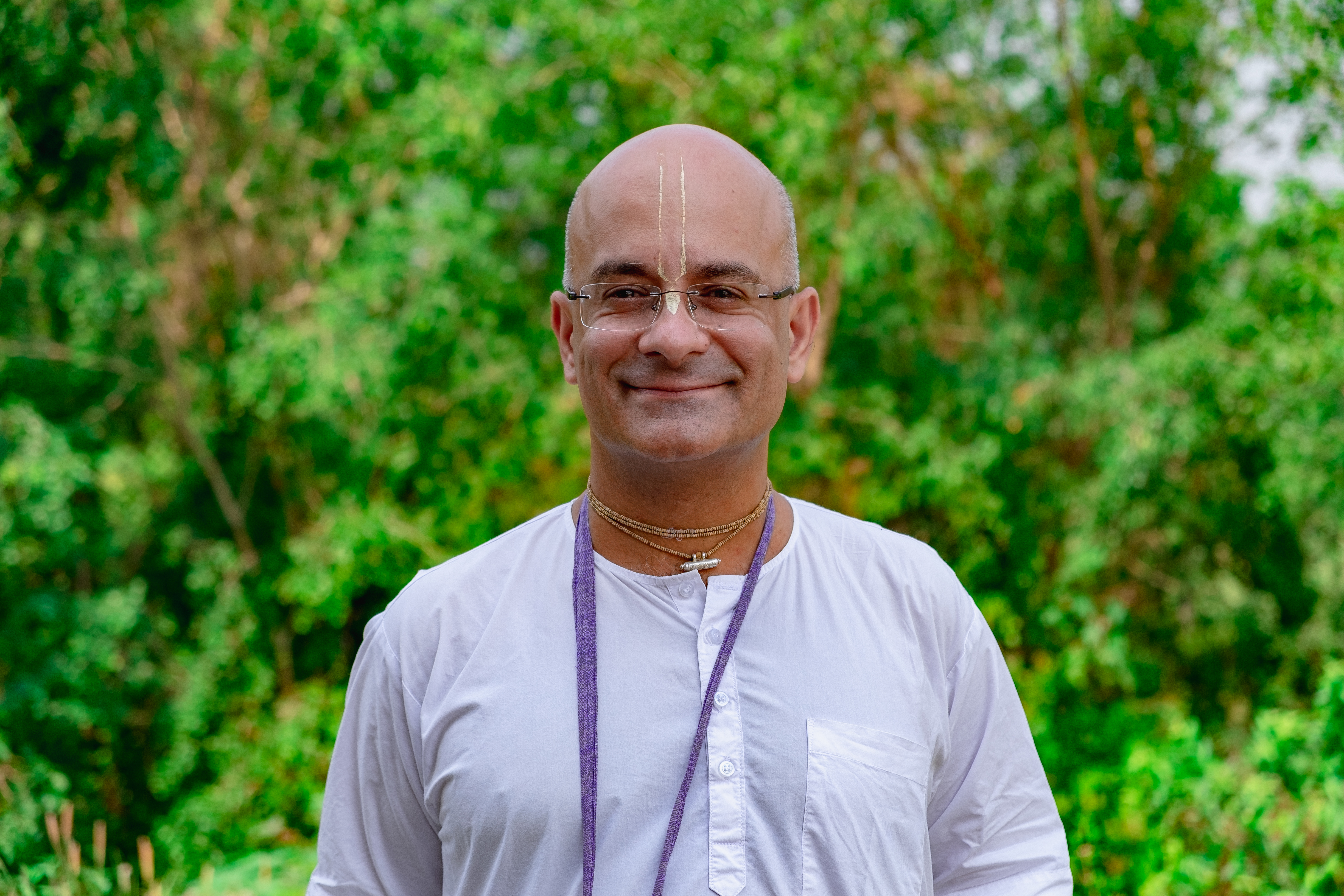 Born into a Vaisnava family in Tanzania in 1967. Krsna Kesava Das soon found himself in London in late 1972 as part of the Asian exodus from Uganda. Having attended a Catholic school (more through circumstance than the choice of his parents), he soon found himself drawn to the Roman Catholic faith. In late 1984, he joined the Order of St. Benedict. 10 years later, he left the Church and went to work full time in the big wide world, with many questions, such as "who am I?" and "actually what is my purpose here on this earth?", "why am I still searching for God?".

In the summer of 2013, through a colleague at work, he was inspired to listen to the recorded lectures of His Divine Grace Srila Prabhupada, and found some answers he did not expect to find. By January 2014, he found himself more and  more drawn to the teachings of Srila Prabhupada and the Vaisnava Acarayas and quickly became a regular member of the congregation at Bhaktivedanta Manor.

He has been a member of the residential courses team at Bhaktivedanta Manor, regularly teaching Bhakti Sastri and the Veda Course.

He has also been serving at the Mayapur Institute since the winter of 2014, usually spending 4-6 months of every year since then here in the Dham. He joined as full time member of MI since November 2018.