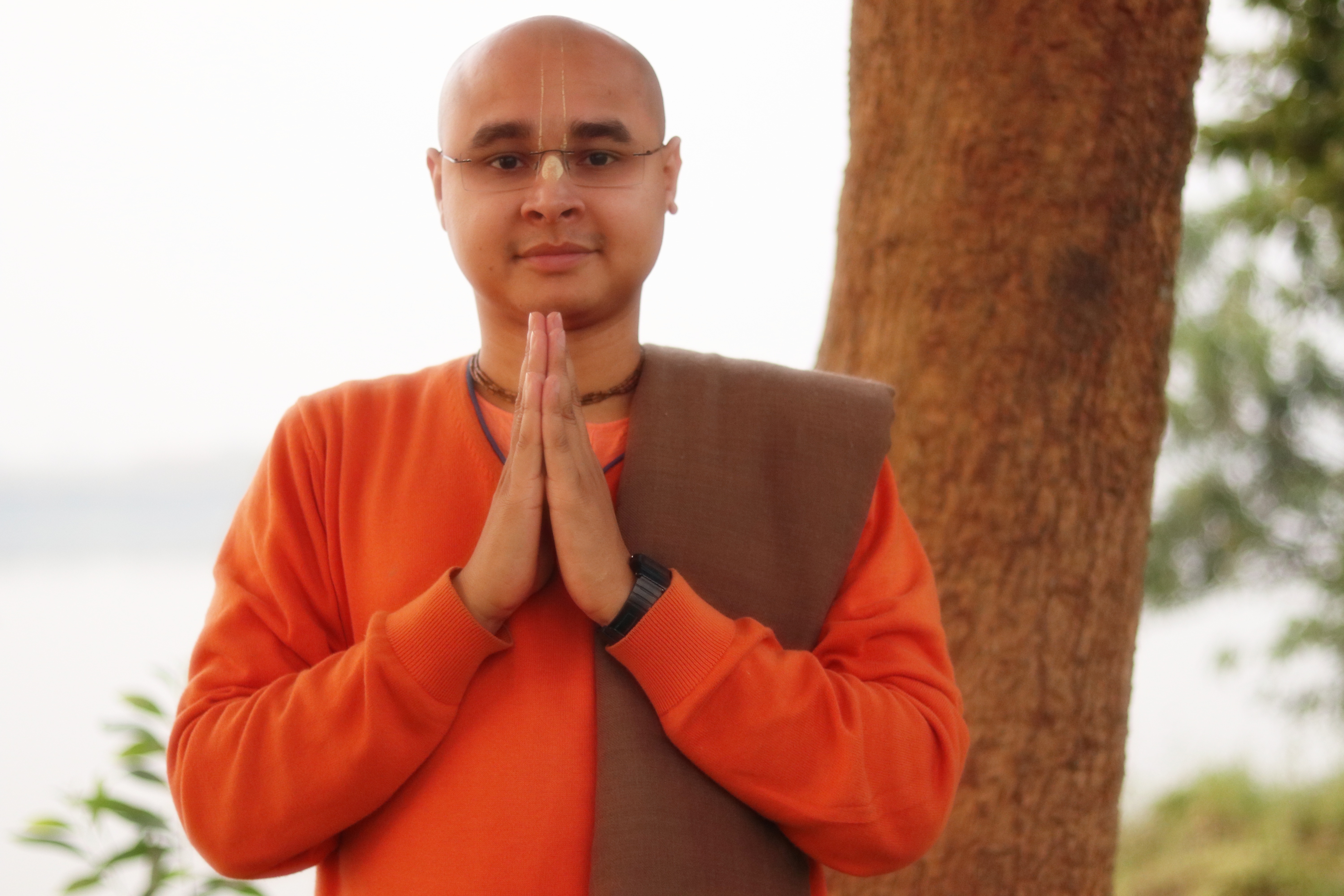 Padmamukha Nimāi Dāsa, a native Bengali, came in touch with Śrīla Prabhupāda's followers in ISKCON in his early childhood in the late 1990s. He started attending classes on Bhagavad-gītā conducted by ISKCON in 2007, and in 2010 he received initiation from HH Jayapatākā Swami Mahārāja. When he decided to dedicate his life to fully serve Lord Caitanya Mahāprabhu's mission in ISKCON, he joined ISKCON Pune's Brahmacāri training program, and then he went to Bhaktivedānta Vidyāpīṭha, in Govardhan Eco-Village, Maharashtra, where he studied Śrīmad Bhāgavatam and Śrī Caitanya Caritāmṛta for two years; he was then awarded Bhakti-śāstrī and Bhakti-vaibhava degrees. Then he moved to ISKCON Māyāpur. Here he is a part of his spiritual master's publication team helping him prepare a mega-compendium of Lord Caitanya Mahāprabhu's pastimes based on eight authentic biographies by recognized Gauḍīya Vaiṣṇava Ācāryas. He is a teacher in Māyāpur Institute.