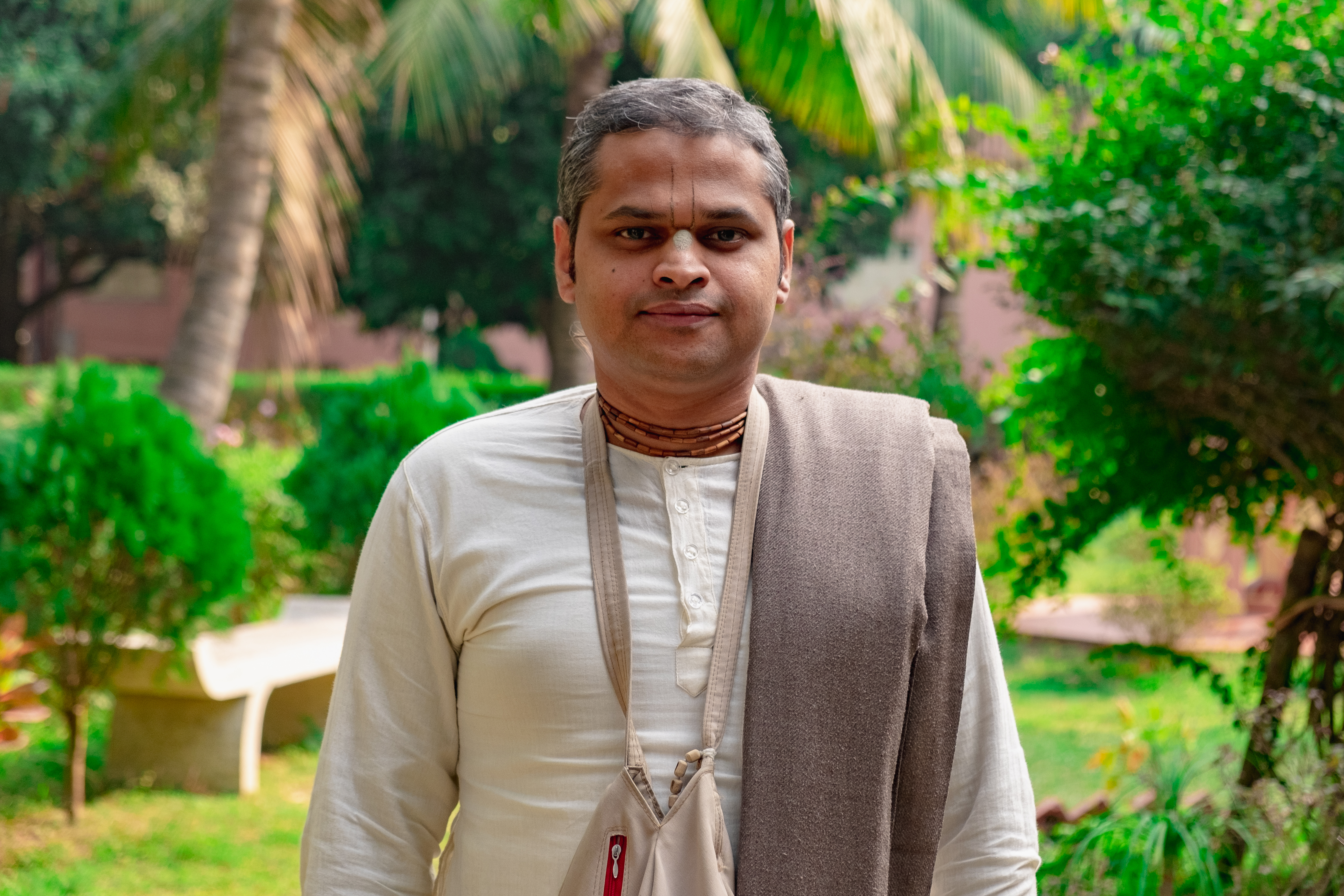 Born to a religious family, originally hailing from Barrackpore North Calcutta, Mani Gopal Das came in contact with Krishna consciousness in 1992 along with his parents. He started to give classes on Bhagavad Gita when he was only eight. He received spiritual initiation, only at the age of 11, in January 1997 in the line of Brahma-Madhva-Gaudiya parampara from His Holiness Jayapataka Swami Maharaja, a dedicated disciple of HDG A.C Bhaktivedanta Swami Prabhupada, the Founder-Acarya of International Society for Krishna Consciousness. Academically, he holds a master's degree in International Relations. He has done Bhakti Sastri, Bhakti Vaibhava, TTC 1 and 2, BSTTC, IDCTTC from Mayapur Institute. He is also qualified in the deity worship training and yajna samskara courses from Mayapur Academy. Mani Gopal Dasa got many years of experience in the field of youth preaching in different colleges and universities in both Bengali and English language. He delivers lectures in various educational institutes and organizations on the teachings of Bhagavad Gita and other ancient Vedic literatures. He is an accomplished and well-admired congregational preacher who counselled numerous grihastas in Krishna conscious family life. He is well-known amidst his preaching circle mainly for his strong adherence and unwavering allegiance to the teachings of Srila Prabhupada in day-to-day life.

Being an avid reader and captivating speaker of Gaura-lila, he has been traveling and giving lectures and seminars, in home and abroad, on the transcendental pastimes of Lord Caitanya and His dear associates. He is especially learned in Gaura-lila and the transcendental pastimes places of Lord Caitanya and His associates (gauda-mandala-bhumi). His exceptional skill in explaining the subtlety of Lord Gauranga's pastimes, with relevant philosophical context, is amazing. Currently he is serving at the office of his spiritual master (JPS office) in Sridham Mayapur as well as teaching sastric courses in MI. He also serves as one of the core team members in the world's most famous online repository of Srila Prabhupada's teachings, Vanipedia, by translating Srila Prabhupada's teachings into Bengali language.