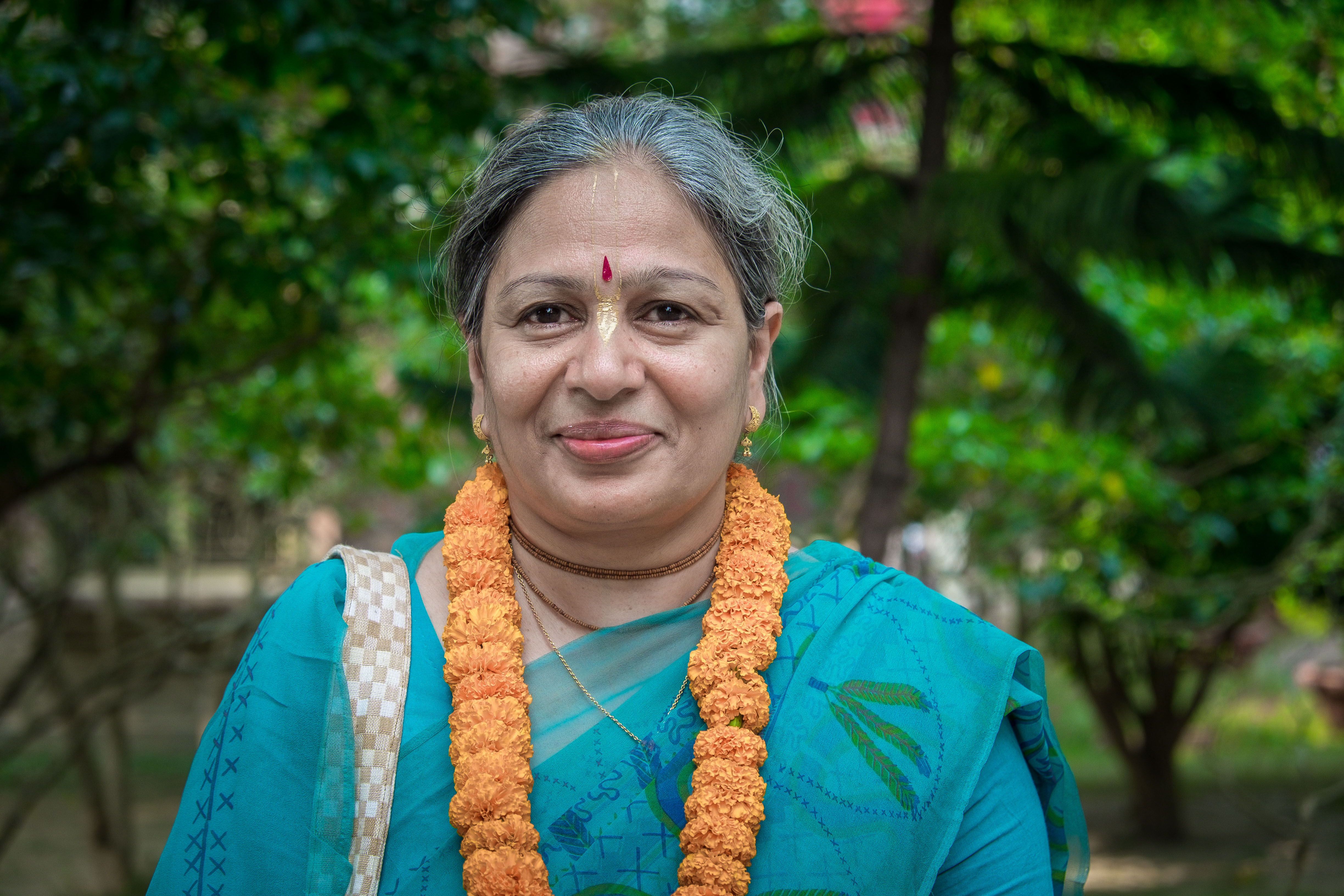 Shyamala Sakhi Devi Dasi, born in India and initiated by Radhanath Swami, has been practicing Krishna consciousness since she first visited Mayapur in 1987. She holds a bhakti-sastri degree with High Honors from the MI, where she has been teaching since 2005. Shyamala Sakhi Devi Dasi and Sauri Dasa, her husband and senior Prabhupada disciple, started preaching centers in Vishakhapatnam and Mangalore and are the founders of the Bhaktivedanta Eco Village in Karanataka, South India. For the past 15 years she has been living with her family in Prabhupada Village, a farm community in North Carolina, USA, where she regularly gives Bhagavatam classes, and deeply studies Prabhupada's books. She has a 16 year old son who has been at the Gurukula in Mayapur for the last four years.