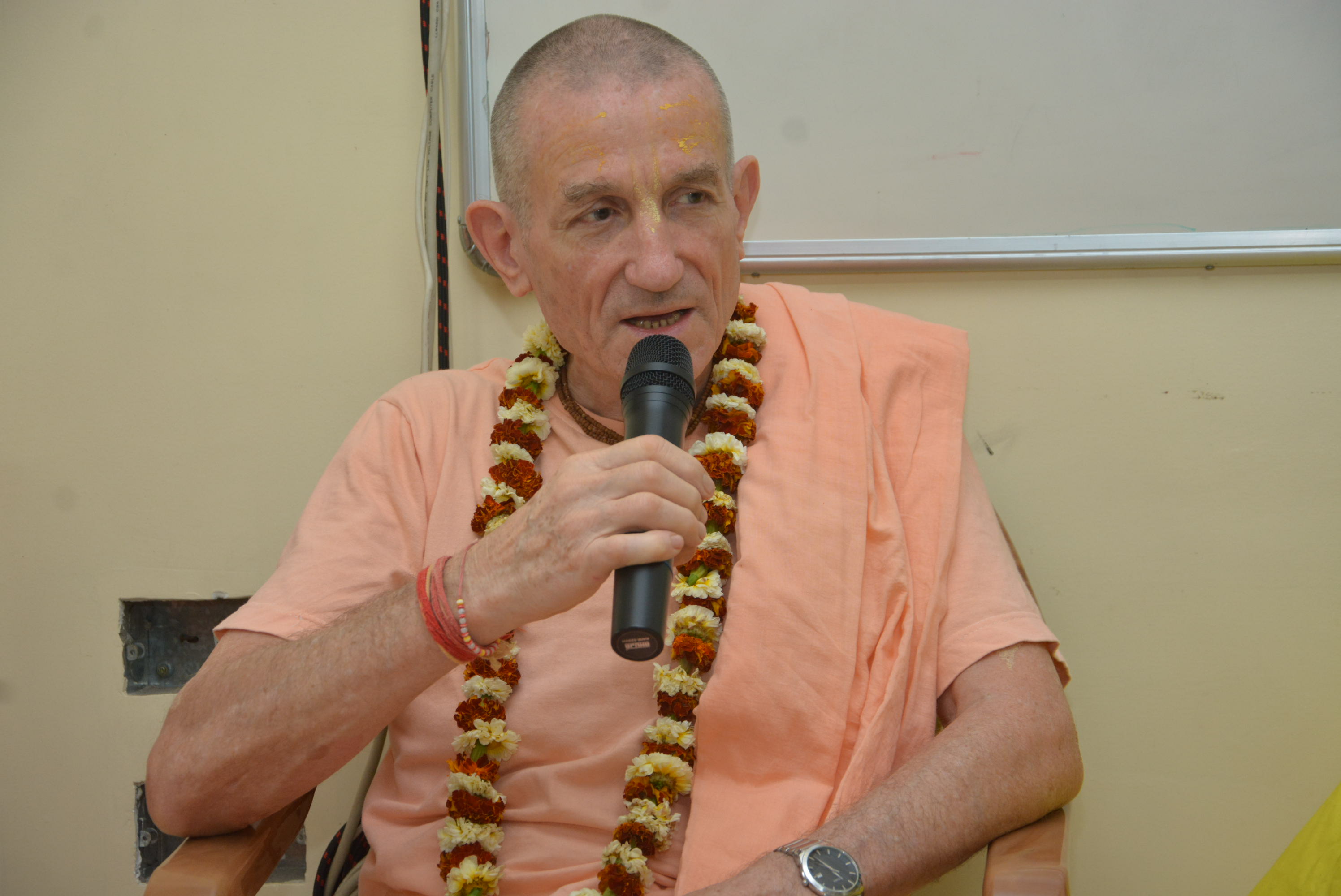 ISKCON Mayapur’s most beloved and long-standing residents, the two transcendental brothers Jananivāsa Prabhu and Pankajanghri Prabhu were born in England and came to India in search of the Absolute Truth in 1970.  After studying many different philosophies, Jananivāsa Prabhu received a copy of Bhagavad-Gita As It Is while travelling alone in Jagannatha Puri.  He then joined the ISKCON temple in Kolkata and was initiated by Srila Prabhupada. His brother Pankajanghri Prabhu followed shortly after, in 1971.

In 1972, when the first International Gaura Purnima Festival was held in Sri Dham Mayapur, Jananivāsa Prabhu arrived to cook for the devotees. Later, in 1972 Prabhuji received his second initiation and was given Pujari Service. He began serving as pujari when the Mayapur project was just beginning, and has been serving here ever since.

Srila Prabhupada once remarked, “The two brothers Pankajanghri and Jananivāsa – there is no comparison. Everyone should know there is no complaint.” (1/2/76, Mayapur – A Transcendental Diary Vol.1)

In addition to teaching at the Mayapur Academy Prabhuji has also been instrumental in assisting the TOVP fund raising team, carrying Lord Nityananda Prabhu’s lotus feet all over the world.

Jananivāsa Prabhu and Pankajanghri Prabhu are the head pujaris of ISKCON Mayapur and continually inspire both the Mayapur and worldwide ISKCON community at large with their guidance, realizations, and example of humble and loving devotional service.