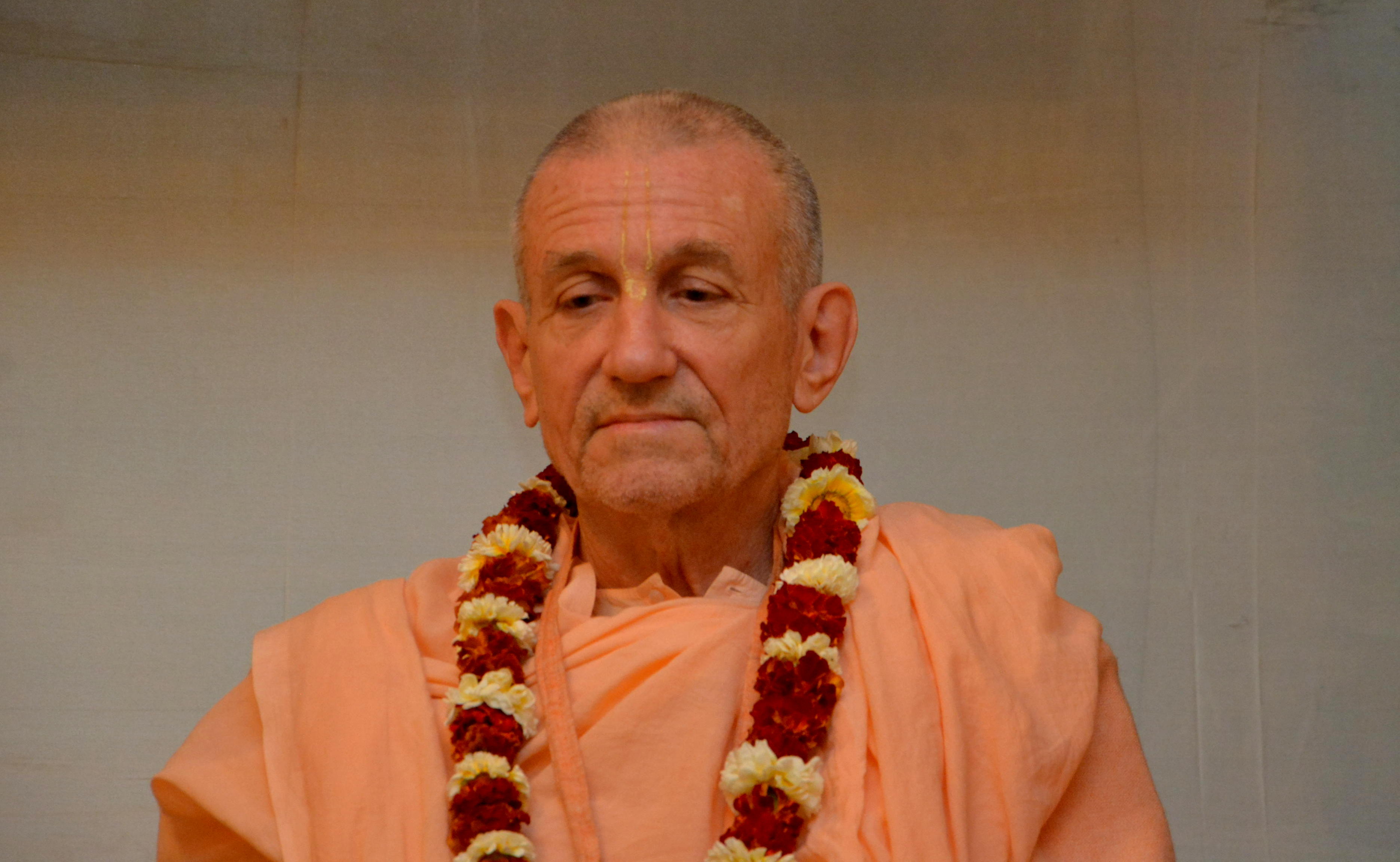 ISKCON Mayapur’s most beloved and long-standing residents, the two transcendental brothers Jananivasa Prabhu and Pankajanghri Prabhu were born in England, and came to India in search of the Absolute Truth in 1970.  Travelling along with his brother Jananivas Prabhu, Pankajanghri Prabhu also joined ISKCON

Pankajanghri Prabhu received his first initiation in 1973 at Bhaktivedanta Manor, in the UK. He came to Mayapur in 1974 during the Gaura Purnima Festival. It was then he received his second initiation and engaged in assisting his brother, Jananivāsa Prabhu in Deity worship services. He has been serving Sri Dham Mayapur ever since.

He currently serves as a facilitator at the Mayapur Academy, an institution committed to Brahmanical training.

Known for his friendly dealings with devotees and his wonderful sense of humor, Pankajanghri Prabhu enchants devotees with his incredible accounts of Lord Jagannath, Baladeva, and Subhadra and Lord Nrsimhadeva’s very personal dealings with the devotees at Sri Dham Mayapur.